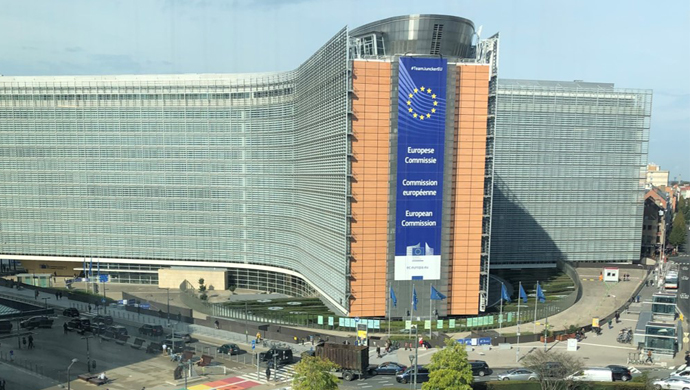 After saying this, you can perceive the rich variety of sounds that there are in the room. All kind of little noises, except the voice of your mum… But a lobby is not a hall? And after some uncomfortable seconds, it comes your explanation that you have repeated a million times.

Yes, this term comes from the gathering of the Members of the UK Parliament in the hallways before and after the debates, where many agreements were reached.

Nowadays, lobbying is the practice of influencing decisions made by governments, and the lobbyist are the people who tries to influence legislation or decisions on behalf of a special interest. It is like to be the brushers in a curling match!

The European Commission (EC) is mainly composed of civil servants and technical staff. It proposes legislation and manage the EU policies and Budget. Since the EC tends to listen and open technical committees for stakeholders, this is one of the first ports of call to lobby an issue that is on the agenda o bring a new one.

The European Parliament (EP) is the only institution directly elected by citizens. It shares with the Council the legislative power and approval of the community budget. Occasionally, politicians debate between following party discipline and national interests. Thus, technical work to influence decisions does not always pay off. For this reason, most of the work done by lobbyist happens at Committee level where the technical dossiers for the MEPs are prepared.

The Council of the European Union represents the national governments, therefore, their interest. As a lobbyist, the Permanent Representations play a key role dealing with the day-today follow-up of the matters handled at the Council level, and they supply analyzed information to politicians related the technical legislative work.

Since lobbyists try to influence legislation, it is essential to know some general things about it. In the European legislation, we can find two types: ‘Primary legislation’, the treaties and binding agreements that are the ground rules for all the EU actions, and the ‘Secondary legislation’.

The Secondary legislation is divided into ‘Hard Law Proposals’ (directives, regulations, decisions), and the ‘Soft Law Proposals’ (communications, recommendations and opinions) where the EU institutions make their view knows and suggest a line of actions without imposing any legal obligations.

And back to the conversation with your mother, the rule of 5Ps should never be forgotten when lobbying… and some of them she already taught you:

People: influence is not exercised on institutions but on people. Therefore, it is basic to show manners and common sense.

Patience and persistence: this combination is essential because nothing in Brussels goes as quickly as you would want to.

Procedures: It is necessary to know the rules of the game to play it well, like curling.

Power: Even if your proposal is very well argued, it may not be the chosen option if it does not get enough support. In political decisions, other factors come into play that we do not always know.

Youtube channel of the associations Storytelling in publications
Scroll to top