You are here: Home1 / Blog2 / Case stories3 / Video scribing: what are animated videos and for what purpose are they...

Video scribing or animated video is, as the word itself indicates, an informative video that tells a story while explaining a certain topic or exposes relevant ideas through simple drawings, diagrams, sketches, sketches, objects, people and texts, among others.

The main advantage is that it explains a certain topic or concept in a much more attractive and visual way that captures the viewer’s attention.

As a result, many companies and associations are using this tool as a didactic and advertising instrument. Some of them, such as ASEAMAC or AEDED, have some animated videos of their most important publications.

How to organise and create a video scribing for an association

Rabuso, as the secretariat of the associations, hires an external person with knowledge of these videos to design and produce them. In some cases, there are companies that have a person dedicated to this. The validation of the script and storyboard usually requires the cooperation of experts on the subject of the video, in order to avoid technical mistakes and to have different points of view. One way to do this is to rely on the vision of working groups specialised in the subject matter.

The first step is to develop a script that includes not only the voice-over text that appears in the video explaining the ideas and guiding the story, but also the annotations and visual specifications that should be included or taken into account when designing the animations.

The scripts should not be too long, as these are generally short videos, the text to be voice-over should be estimated at 130-150 words per minute as the most common measure.

To facilitate the illustrator’s work, it is advisable to gather all the material, guides on the subject, images or photographs, that he/she may need as an example or reference.

When the illustrator has all the necessary information, he/she starts to elaborate a storyboard, a graphic script made up of vignettes where the summary or outline of the story that will be animated or recorded later on is represented in a simple way. This storyboard is reviewed and approved by both the secretariat and the members, both the images and the text that will be voiced in each scene.

After approval, the design and voice-over of the video is set in motion, following everything that has been established beforehand. In some cases, the videos can be subtitled, so it is necessary to consider whether the translated text is needed and to have a specific space for it.

Finally, the final animated video is reviewed for approval and publication on the website, YouTube channel and social networks.

The Spanish Association of Demolition, Decontamination, Cutting and Drilling, AEDED, has several animated videos on the guides they have produced, such as the Guide on Asbestos and its corresponding video.

When making this video, the steps explained above must be followed. A script is prepared with the text and annotations, all the materials that may be needed or help the illustrator are sent and a storyboard is made for review.

Some of the materials that are always sent to the illustrator, apart from the reference images, are the logos of the association, photographs of the guide we are talking about, the accreditation stamp, if there are any,…

To facilitate the understanding and comprehension of the video, when writing the script we try to make it understandable with the voice-over or just by watching it, so that when watching and listening to it together they complement each other but do not overlap or give redundant information.

The reviews are carried out both by the Secretariat in charge of reviewing the audiovisual part, and by the members who offer a more technical view of the subject as professionals in the sector.

Some of the common characteristics of all the animated videos are: the creation of a main character, a man, woman or humanised object, who guides the video with a distinctive logo of the company or association, the use of corporate colours, the use of a fixed image at the beginning and end of the video.

Subsequently, a comic is created based on the video and the guide on the subject, in this case, asbestos, which is uploaded to the website and networks so that members or interested people can see it. 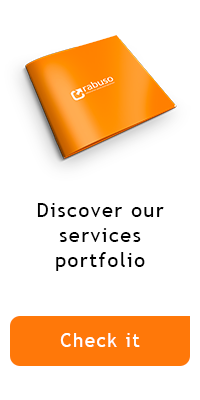